Description of roles and tasks:
The first game that we had created with an open world hub meant LEGO vehicles were much more prominent in the game bringing new challenges. I developed my skills through overcoming tight memory budgets whilst still bringing new ideas of setups and content to the game.
Whilst still covering a largely generalist role I was still also creating baked LEGO characters, worked heavily on the introductory ident by creating LEGO versions of brand logo formations and other cutscene models.

The destroyer character featured in Marvel's Thor. I was responsible for the modelling and texturing for this model. 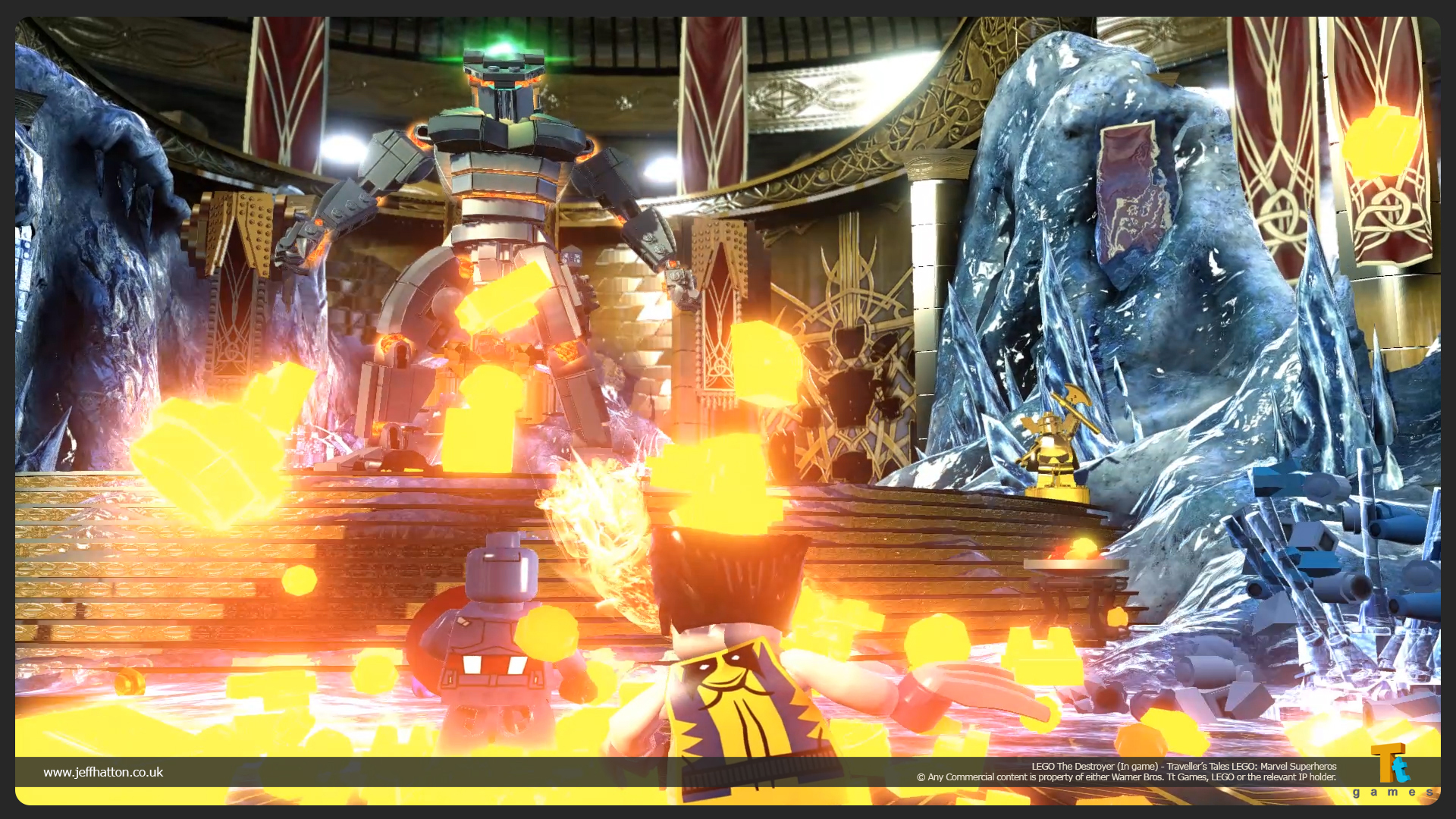 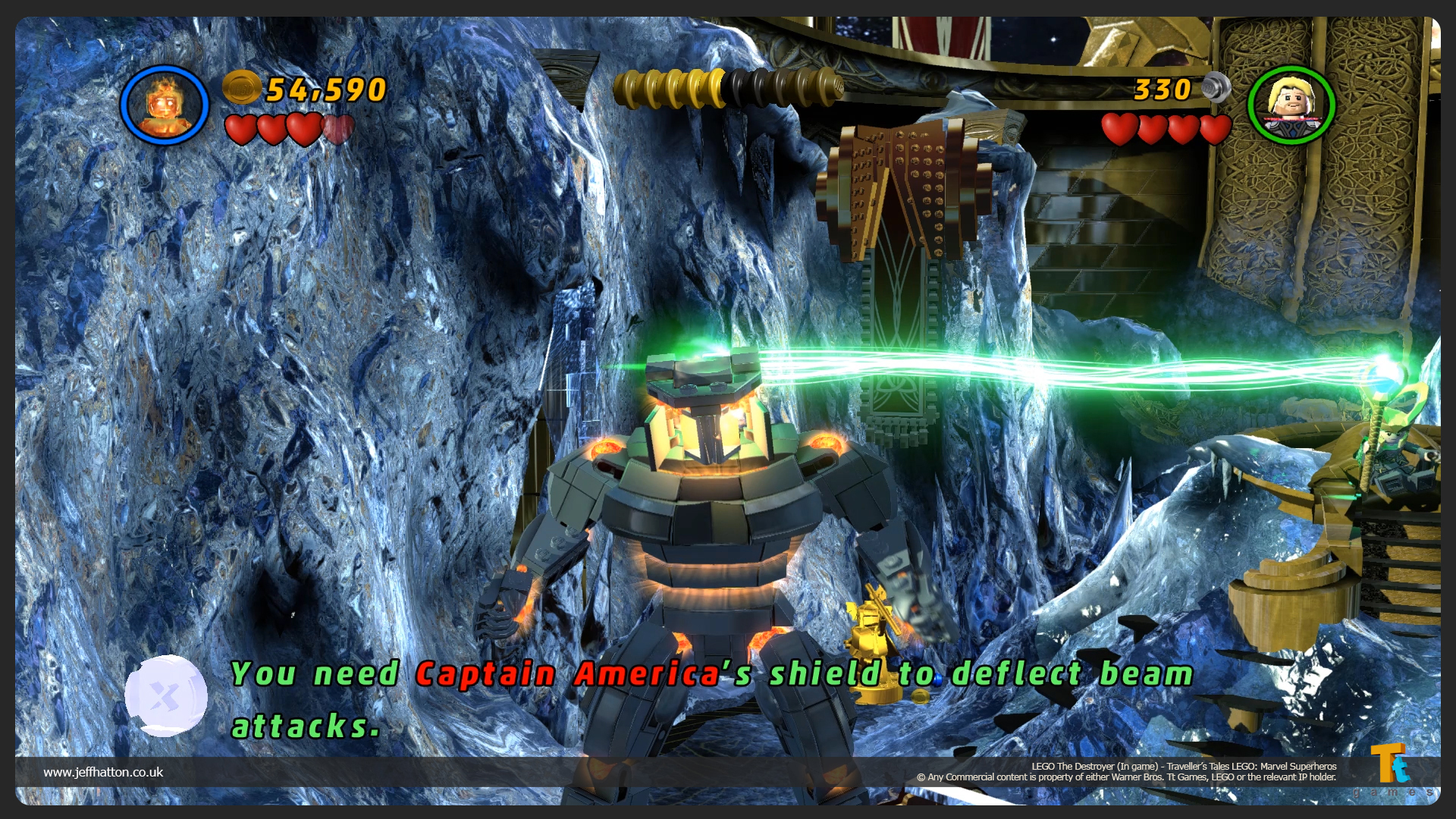