Description of roles and tasks:
Examples of work completed during my time at Lion Game Lion, working on an unnanounced project.
During my time here, I was working within a very small team as the technical artist, covering a variety of tasks in the animation and art pipelines. All work completed on this project was in the pre-production phase so may not be of a finalised game quality and is property of Lion Game Lion, shown with permission.

Main Responsibilities:
- Setup/Mechanics/Implentation of Character customisation system
- Setup/Mechanics/Implentation of Weapon customisation system
- Modelling and Texturing of various assets and vehicles for use in the project
- Implentation of various blueprinted mechanics and player/gunplay systems
- Maintenance of first and third player anim state machines (with use of marketplace assets)
- Design + Documentation for character/weapon/vehicle and other art+animation asset pipelines

Vehicle art model of a Chevrolet Astro van, which would act as a living lobby within the game. 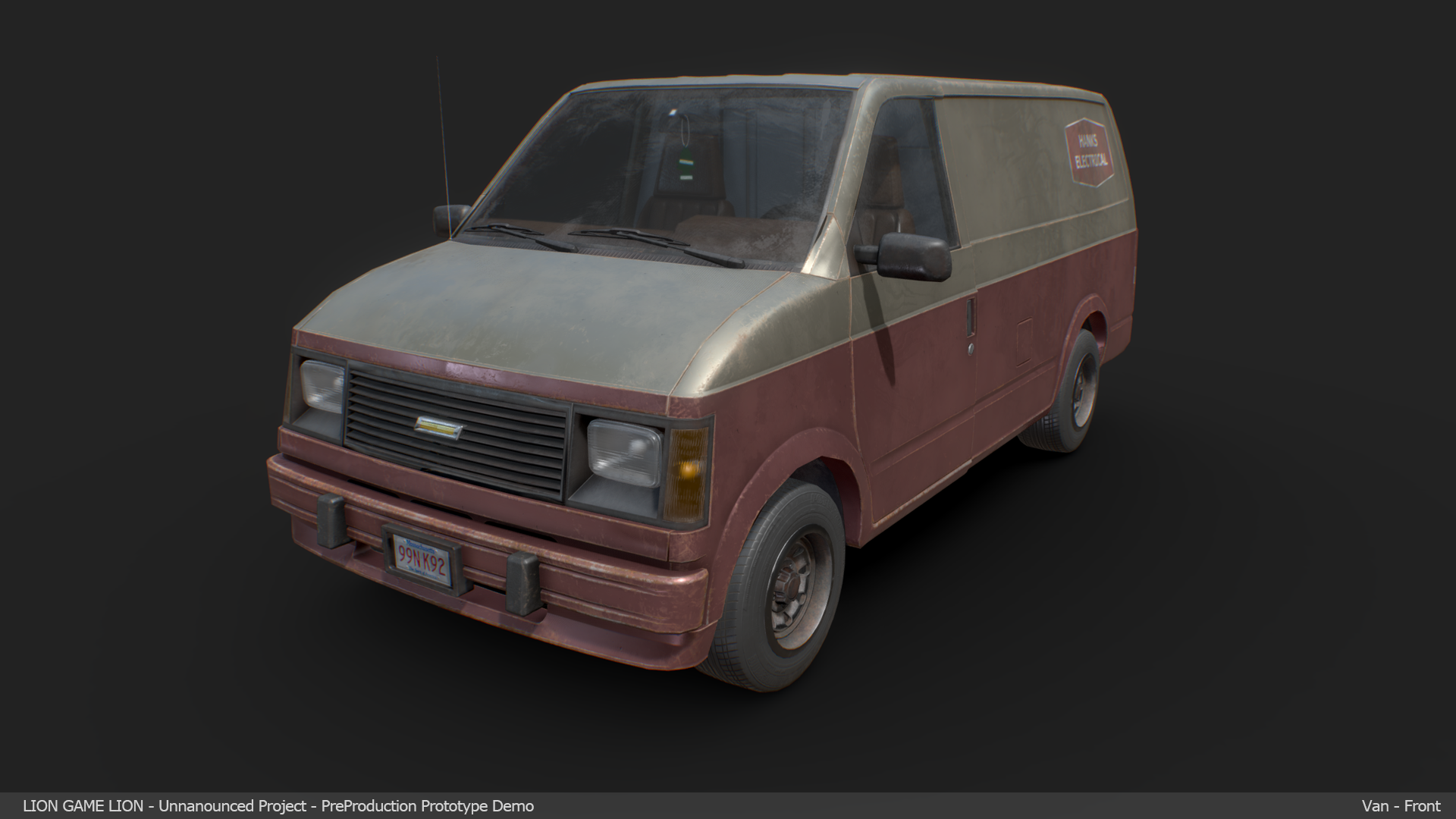 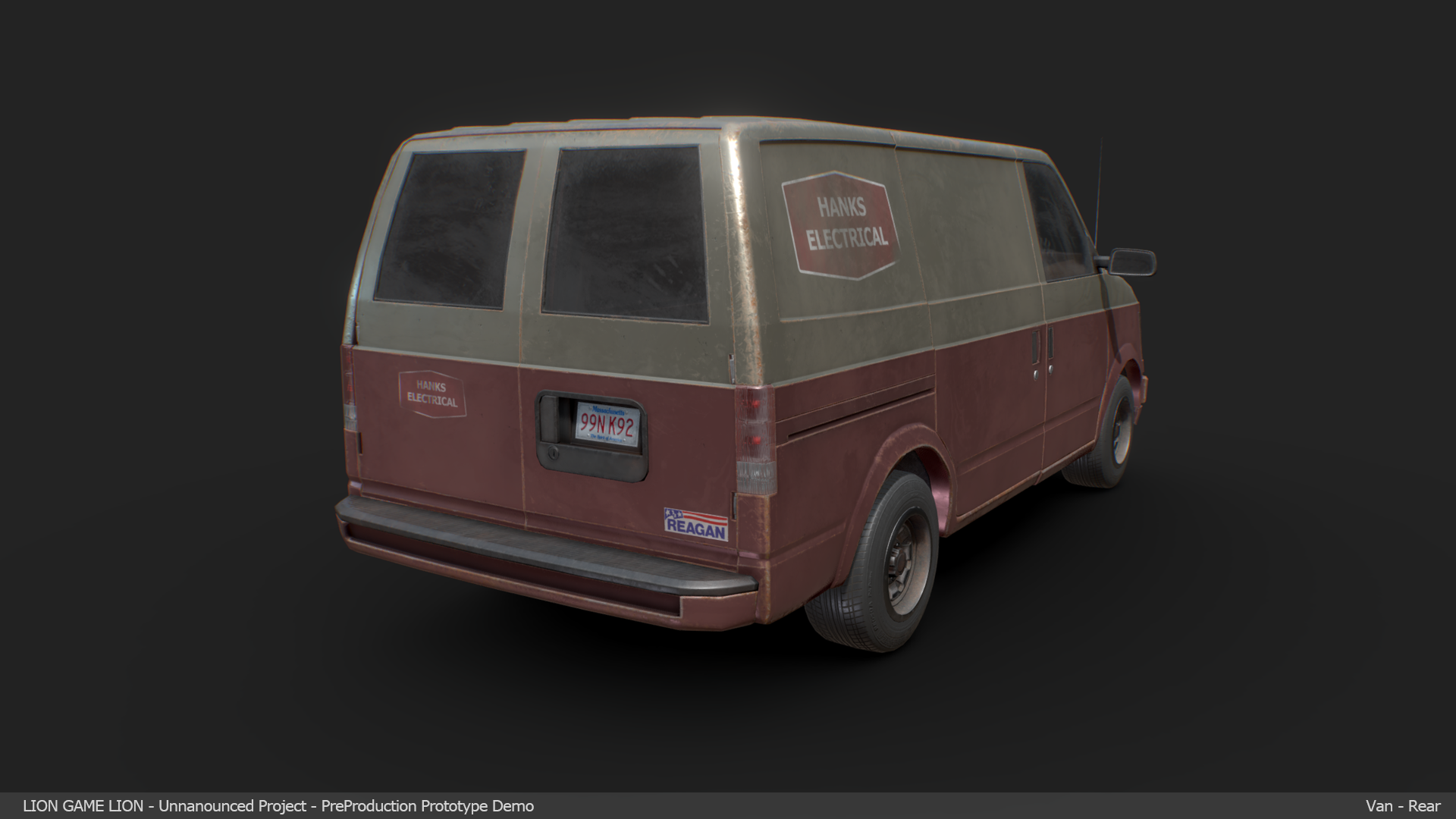 I was responsible for the design, setup, implementation and UI for the protoype setup of our character creation system.

Using a small pool of base character assets made by the character artist, I set up the system within the Unreal Engine

user customisation as a demo.

From this, the users selction would be saved and replicated onto thier 1st and 3rd person meshes.

A similar setup was also used to feed randomisation to civilian characters. 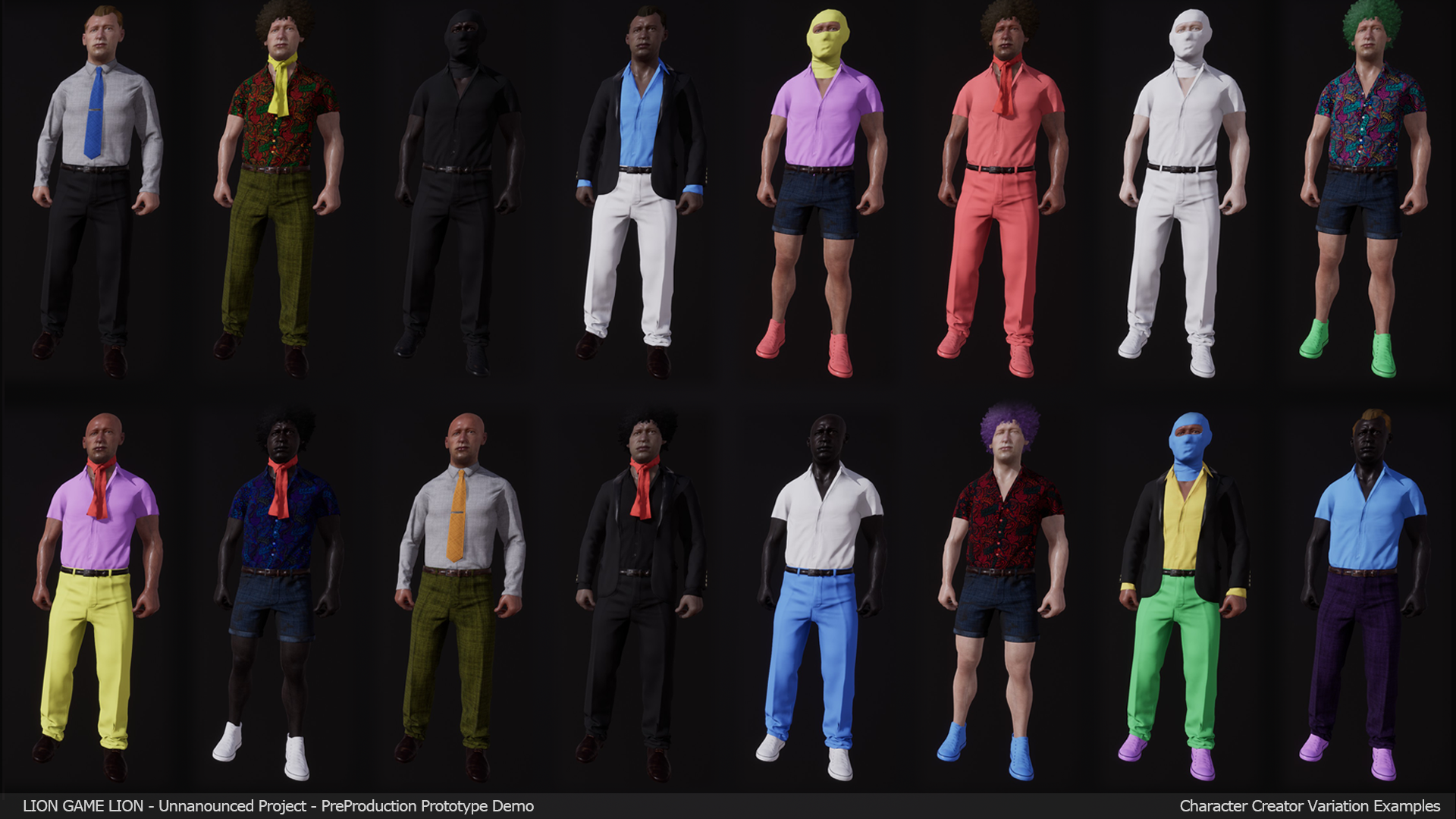 Using marketplace assets, I was responsible for the re-implementation of the weapons to be used with a UI based weapon customiser prototype.

Working alongside a programmer, we also implemented a system where all of the attachments had stat values that would make changes to your weapons

I also developed other systems and mechanics on the weapons & player such as dynamic crosshairs, lean system, physical mat footsteps etc.